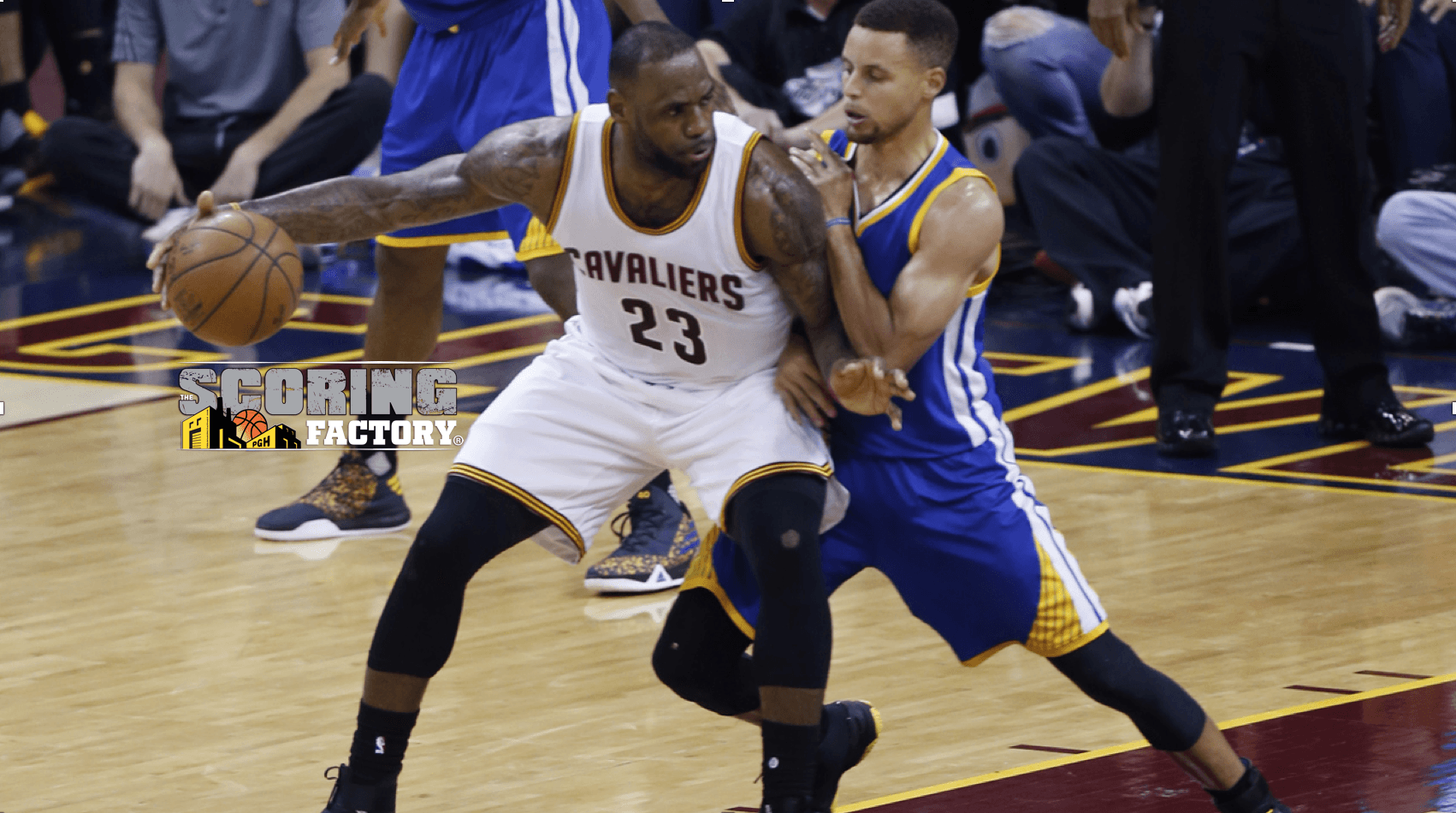 As a guard, your most traditional method of creating offense will always be from either penetration and finishing at the rim or long range jump shots. While these are critical skills you need develop to be effective, you can expand your scoring kit by utilizing a post up. Here are some ways establishing a post-up game can be effective even for a perimeter player.

Maximizing any physical advantage you have over your matchup is always a smart choice. As defenses switch freely throughout a possession, look to see who’s guarding you. Sometimes you’ll see that you’ve got a few inches on whoever switched onto you. The best place to exploit this height advantage is at the rim. Posting up allows you to get yourself into a scoring position that will allow you use that height advantage to score or force a double team. Watch Wiggins with an excellent (but much smaller) defender in Chris Paul on him.

Wiggins quickly recognizes that he has a sizeable height advantage on Paul. To exploit it, he establishes his position in the post and seals Paul, allowing for an easy entry pass. He’s a bit far out when he catches the ball, but punishes the defender for reaching for the pass and drop-steps into the lane, finishing over the late help. Wiggins puts his defender in a tough position when he catches the ball so close to the hoop. Paul feels like if he doesn’t try to jump that pass, Wiggins most likely backs him down and shoots over him, or draws a help defender and has an opportunity to kick out.

Using any height advantage you have to establish a deeper position and either score over a small defender or force a defensive collapse will create offense and force defenses into tough decisions.

Sometimes height isn’t the advantage you’ll have. Maybe instead of having a few inches on the guy guarding you, you’ll have 20 pounds on him. You might be able to put that extra weight to better use in the paint, instead of at the 3-point line. Learning how to move your defender around with your strength will open up plenty of space for you down low, leading to easy layups or jumpers. D’Angelo Russell uses that physicality to create a bucket here.

After establishing deep post position, Russell doesn’t really have anywhere to go with the ball, however he’s in a one on one situation. Without much of a height advantage, he has to create space a different way, and in this case he uses his shoulder to create contact with the defender to move him away, creating the space for a turnaround jump shot close to the basket. The key here is that he makes his move quickly and decisively. Although Russell penetrates easily, his defender initially does a good job of shutting off the baseline and not allowing him to get to the basket. Before Russell can get into any real trouble, however, he initiates the contact and quickly spins off, creating offense from nothing because he is able to score from his post position.

While a height advantage might not always be there, being physical and purposefully creating space to score in is also a possibility when you find yourself in the post. Not everyone can be 6’6 but it is possible to be physical and move a defender your height or bigger.

Posting up can be an efficient alternative to attacking from off the dribble and trying to blow by your defender. One reason is it doesn’t require over dribbling on the perimeter and risking a turnover going the other way. It also doesn’t require the quick first step to beat your defender from the perimeter, so if you lack the athleticism or ball handling to create penetration, being an effective post player can be another way you can impact the game and create offense for your team, either by scoring or forcing defenses to collapse on you so you can kick out to a teammate. Even if you are able to beat people off the dribble, catching the ball in the post can be useful. Receiving the ball down low and pivoting out into a triple threat position can now open up multiple possibilities. Defenders can be forced to play tighter on you now than they would typically on the perimeter, especially if you aren’t a strong long distance shooter. If the defender is pressed up on you in the triple threat, you have the opportunity to beat them and get an easy lane to the basket, and if they sag off you now have an easier jump shot to hit. First we’ll look at Livingston.

Livingston consistently uses his length to his advantage and takes these turnaround jumpers from the post. His strong suit is not blowing by defenders and creating penetration, its utilizing his height advantage against smaller defenders like he does here, without having to beat anybody off the dribble. Here he catches the ball below the block and never has to worry about getting by his defender, instead taking a couple dribbles to get to his spot and take an easy turnaround jumper from the block.

And you don’t have to score by backing yourself all the way down either. Watch Wiggins here as he catches the ball and pivots into his triple threat position.

When he pivots into the triple threat, he forces his defender to come up and play him, because the potential jump shot from that range is too easy to give up. This isn’t the case if he catches the ball on the perimeter as an average 3-point shooter. With the defender pressing him, he attacks below the elbow and uses his strength and height to create space and hit a turnaround jumper.

Scoring from the post is not a skill every player possesses. But having this extra way to score can set you apart from other guards and can also compensate for a lack of certain other skills. By making yourself a target in the post, you can help your team limit the need to penetrate and make yourself an isolation scoring threat from a new spot on the floor. Playing in the post isn’t necessarily about learning how to score with your back to the basket, but about establishing yourself in a dangerous position where you have multiple options to attack, maybe by pivoting into a triple threat and hitting a pull up jumper, or beating your defender and being one step from the basket, or by drawing a double team and kicking out from the post to an open guy. Being a threat from the low post is a valuable skill to have and can elevate your game.