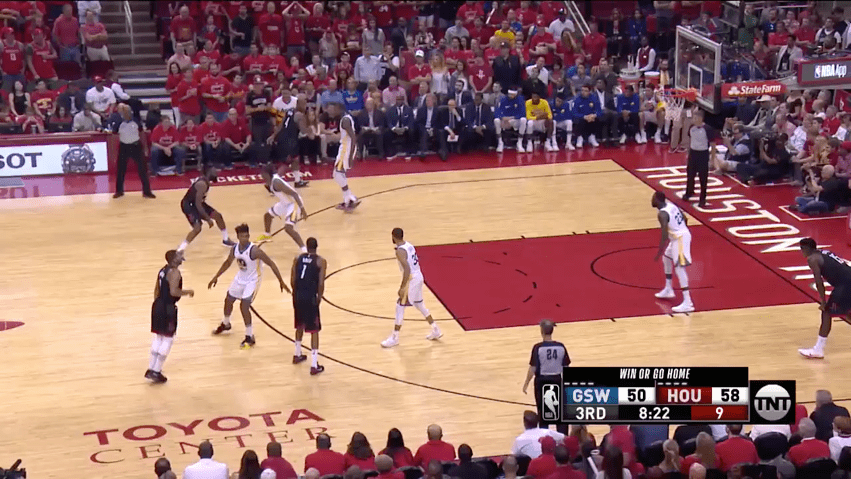 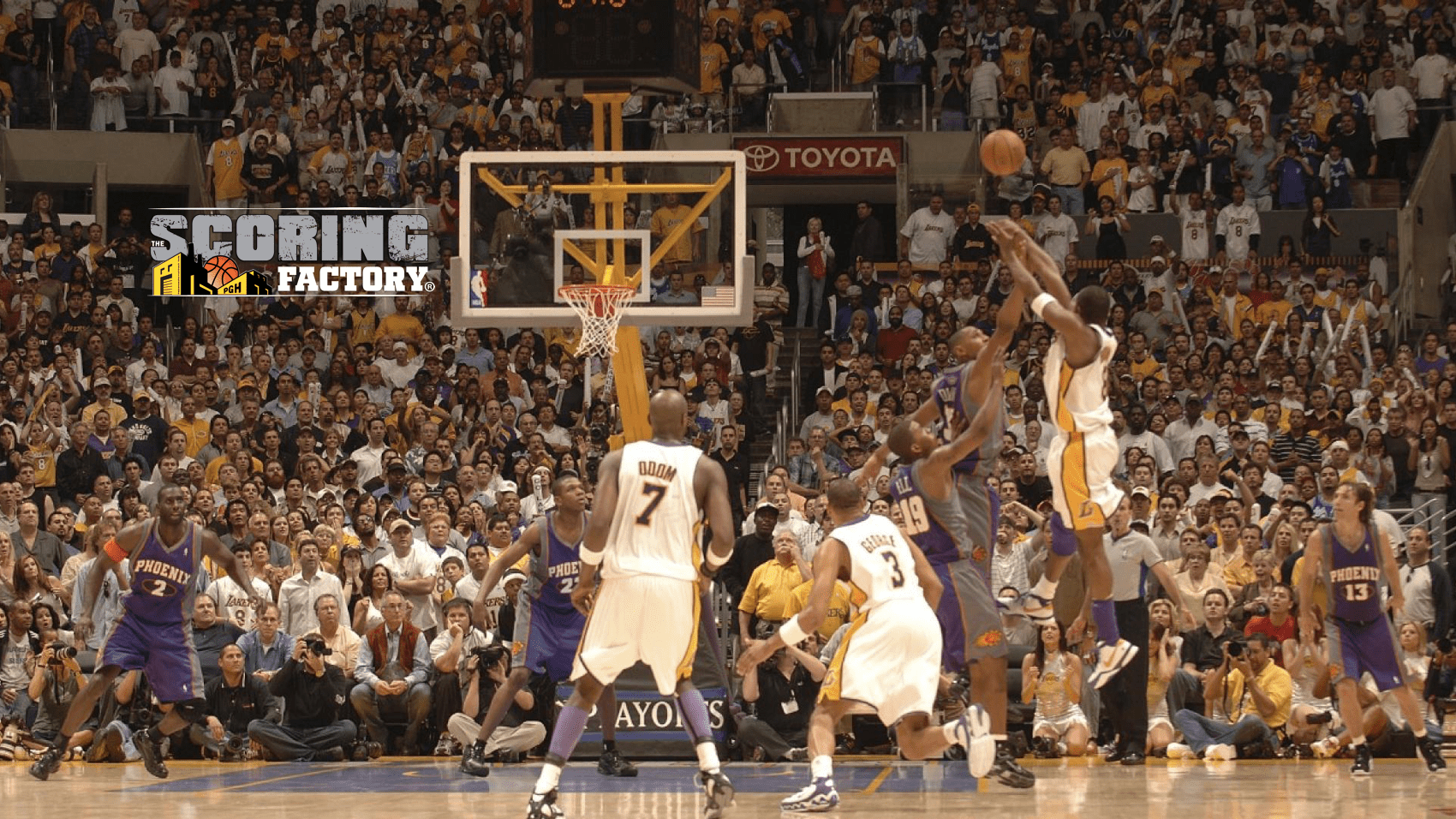 The elbow jumper isn’t a shot that has been talked about due to the NBA’s recent surge in 3-point shooting. Analytics tell us that the midrange game is becoming obsolete, that everything should be at the rim or beyond the arc. But mastering the elbow jumper can provide a whole new facet to your offensive game and provide another efficient way to put up points. Here’s four reasons this can be a crucial component to your developing game.

As basketball offenses trend towards taking more threes, it is natural for defenses to evolve and take away this option. When this happens, space can open up in the middle of the floor, notably near the elbow. Watch Kyrie get to this spot on the floor after his defender takes away his catch and shoot 3. Kyrie uses his quickness to attack the elbow and create separation from his defender, quickly regaining his balance after driving and giving him a wide open elbow jumper.

Refusing to exploit this area of the floor can be costly. Watch James Harden with a favorable matchup, the same opportunity Kyrie had in the last clip. He doesn’t exploit the big on him, and settles for a bad shot beyond the arc instead of attacking the open space at the elbow.

Now watch Harden use the elbow jumper in a different situation.

He gets his defender tracking back, creates separation at the elbow, and buries a stepback jumper. This is the shot that is given to him, and it’s the shot he has to be able to make to punish the defense for taking away his 3.

Analytics say this isn’t the most efficient shot, but when defenses counter to defend the three-point line, the shot becomes available. If everyone knows that this is the “worst shot”, it will be the shot that is given to you. If you can punish the defense for giving you that shot, it creates problems and forces them to adapt again.

Many times, ultra-athletic players can rely on finishing at the basket. And why not if you can jump over anyone that will be waiting for you at the rim? But as you get to more competitive levels of basketball, the rim protectors get bigger and stronger, and suddenly that layup or dunk is a lot more difficult to make than it was before. Having an elbow jumper can give you a way to avoid the shot blocker and utilize the open space on the floor. Gordon Hayward does just that here.

The key here is Hayward recognizing the big man retreating towards the basket and deciding to set his feet, establish balance, and pull up from the elbow. Hayward uses the on ball screen to create this space and get this mismatch in the first place, and capitalizes on the play even with his primary defender chasing him the whole play. Once again, the shots that were taken away were the 3 and the layup, so it becomes crucial to be able to capitalize on what the defense gives you.

Taking advantage of bad decisions by the defense is a good way to get a lot of easy buckets. Every good offensive player should be able to take advantage of a lapse in the defense, finding the confused defender and exploiting them. Ish Smith does that here, attacking a confused defender as they get lost on the pick and roll. The area the defender leaves is at the elbow, and Ish Smith gets right to it and finishes.

Every point counts in a game, and defenses won’t make many mistakes. Any time you can get a defender confused or turned around, attacking their blind spot and being able to exploit that mistake can make a huge difference. Even if what’s given to you is the elbow jumper.

The recurring theme of this entire article is being able to hurt defenses based on what they give to you. Often times, it’s space around the free throw line, and that’s what we see here.

D’Angelo Russell gets a screen deep inside after his defender gets in front of him and takes away the middle of the court. Russell recognizes there is help under the basket, so he can’t go left. His defender goes under the screen and gives up the elbow. Russell has space to square up to the basket and get a clean shot off, and makes the defense pay.

If this is the available shot that the defense decides to give you, then it needs to be a shot you can hit. Being able to make this shot from the elbow opens up another scoring weapon in your arsenal and makes you that much harder to defend.

There are many skills that need to be honed to develop an effective elbow jumper. Balance is key, and building leg strength to maintain balance coming around screens, pulling up off the dribble, and going through contact is essential to creating an effective elbow jumper. Court recognition and decision making is also integral, as knowing how to get to your spot and finding weak points in the defense is critical to being a well-rounded offensive player. And if those weak spots are at the elbow, having the elbow jumper in your arsenal is a good way to get easy points. Use this skill as a stepping stone to advance your game and make a supposedly inefficient shot a dangerous one.